Recently Google introduced the beta program for Google Cloud Run. This is a service to run stateless containers on a fully managed environment by Google. It is essentially serverless for any container, scaling your containers up and down as requests (and peaks) come and go. The benefit of using tools like Cloud Run is that it abstracts away all the infrastructure, thus you can focus more on what really matters, building your application. 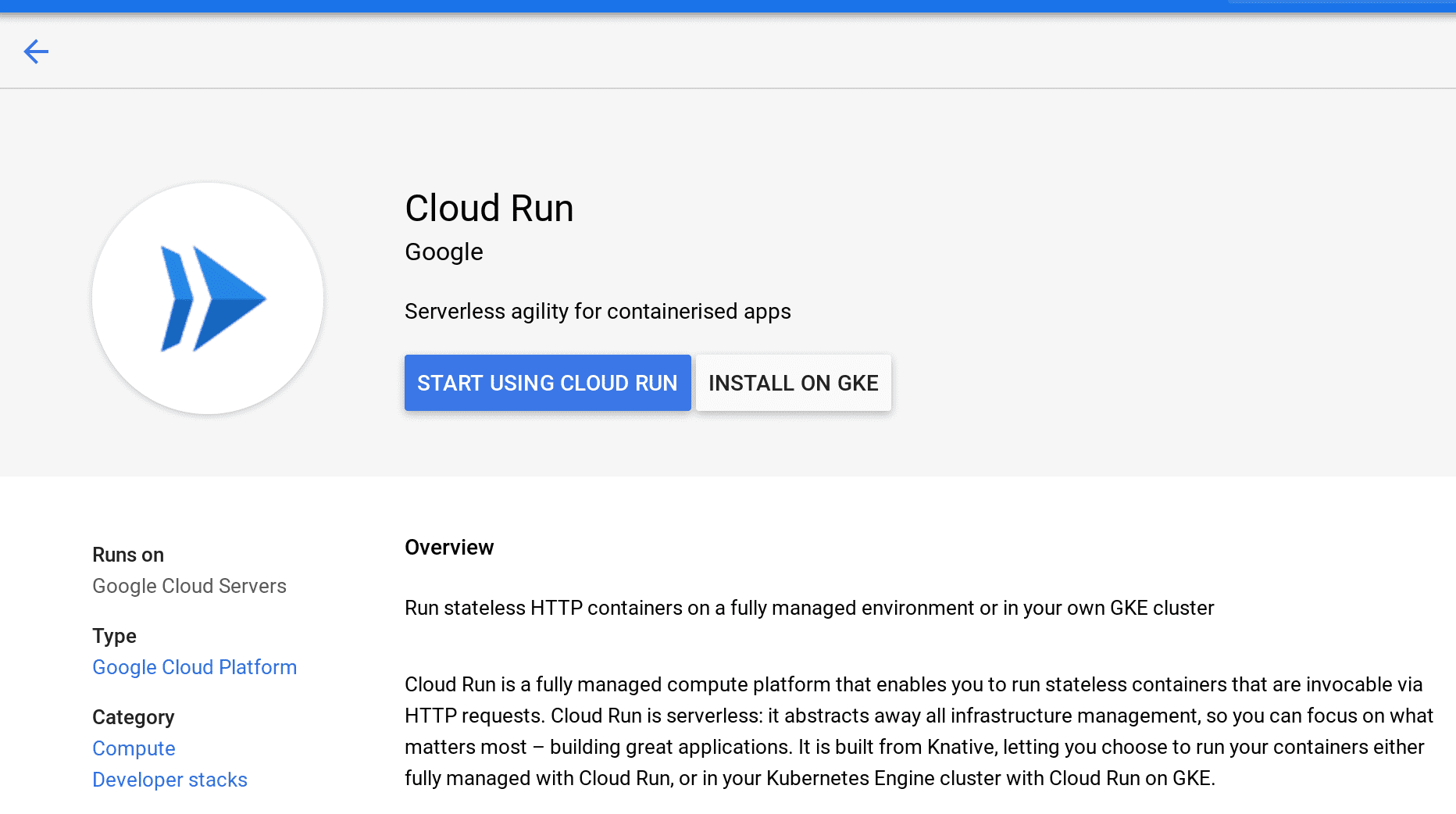 Since cloud run is still in beta we need to install the beta components in the gcloud utility and set the gcloud region to one of the available regions for Cloud run:

Set the region to one of the available regions:

Executing the following command will set your default Cloud run region, this can be overridden with the --region flag

With that out of the way we can actually start building the application. We will be building an application which generates a random avatar based on the input you give it. We will be using the code from my previous post and turn it in a serverless API, to generate identicons (avatars) on the fly.

I've adjusted the code from my previous post to be used as a library, this way we can use it for a cli and for the web application we are building right now. You can find the code here

Let's start writing some code for the web version!

We can run the code locally by running the following command PORT=8080 go run main.go

This is everything needed to run a simple web application on cloud run. First we register a http handler which expects some input. After this input is considered "valid" we call our identicon library which will return a Identicon struct.

On the identicon struct there is a method WriteImage(w io.Writer) error, by using a io.Writer here as input we can easily change where the image is written to, in this case the http.ResponseWriter is used but in case of the cli version the image can be written to an os.File or anything which implements the io.Writer interface.

We are now ready to deploy this to cloud run. Cloud run requires that your code is bundled in a docker container and is able to serve http requests on a port configurable with the PORT environment variable.

Lets create a Dockerfile, I'll be using multistage builds so that the end container only contains the executable binary, I wont go in depth on how the Dockerfile and multistage builds work, if you want to learn more about this have a look at this link.

If cloud build successfully builds the container it will be published to the Google container registry. We can use the image in the registry to submit a deploy to Cloud run. There are multiple ways to do it but I'll be using the terminal to deploy the container to cloud run.

Execute the following command to publish a deploy to cloud run

There are a few things going on here. First we tell gcloud that we want to use the managed platform using the --platform flag, it is possible to install Cloud run on your own Kubernetes cluster but that is out of scope of this article. Next we define what image we want to deploy, we point this to the image just published by cloud build, by default it will fetch the latest version of this image but it is also possible to deploy a specific version by adding a tag.

The command will prompt us with a question if we want allow unauthenticated requests, we input yes and now our cloud run function will be publicly exposed.

You can now test your cloud function by going to the url which cloud run provides to us. My identicon generator is running on https://identicon-generator-ziolee7x5a-ew.a.run.app/identicon/generate?name=super+cool. You can test it out with various inputs, the first boot can be a bit slow because the container is having a cold start but subsequent requests will be very quick because there is no need for a cold start.

Deploying web applications with cloud run is very easy. It is as simple as defining a Dockerfile and publishing the image to google cloud. It removes the burden to maintain any infrastructure and you only pay for the resources it uses. Scaling is done automatically and in combination with hosted databases like cloud sql you have a fully managed solution which is very easy to maintain and also very scalable.

The benefits of using a service like cloud run is that your local environment is not depending on any kind of serverless framework or library, it is just a regular go application which you can test and run in the same way as you're used to.

Cloud run is still in beta and will hopefully soon be covered by the SLA and available in more regions. In a later post I will explain how to automate the build process from a git push to a deployment in cloud run.

The full code can be found here

Thanks for reading and happy coding 🚀